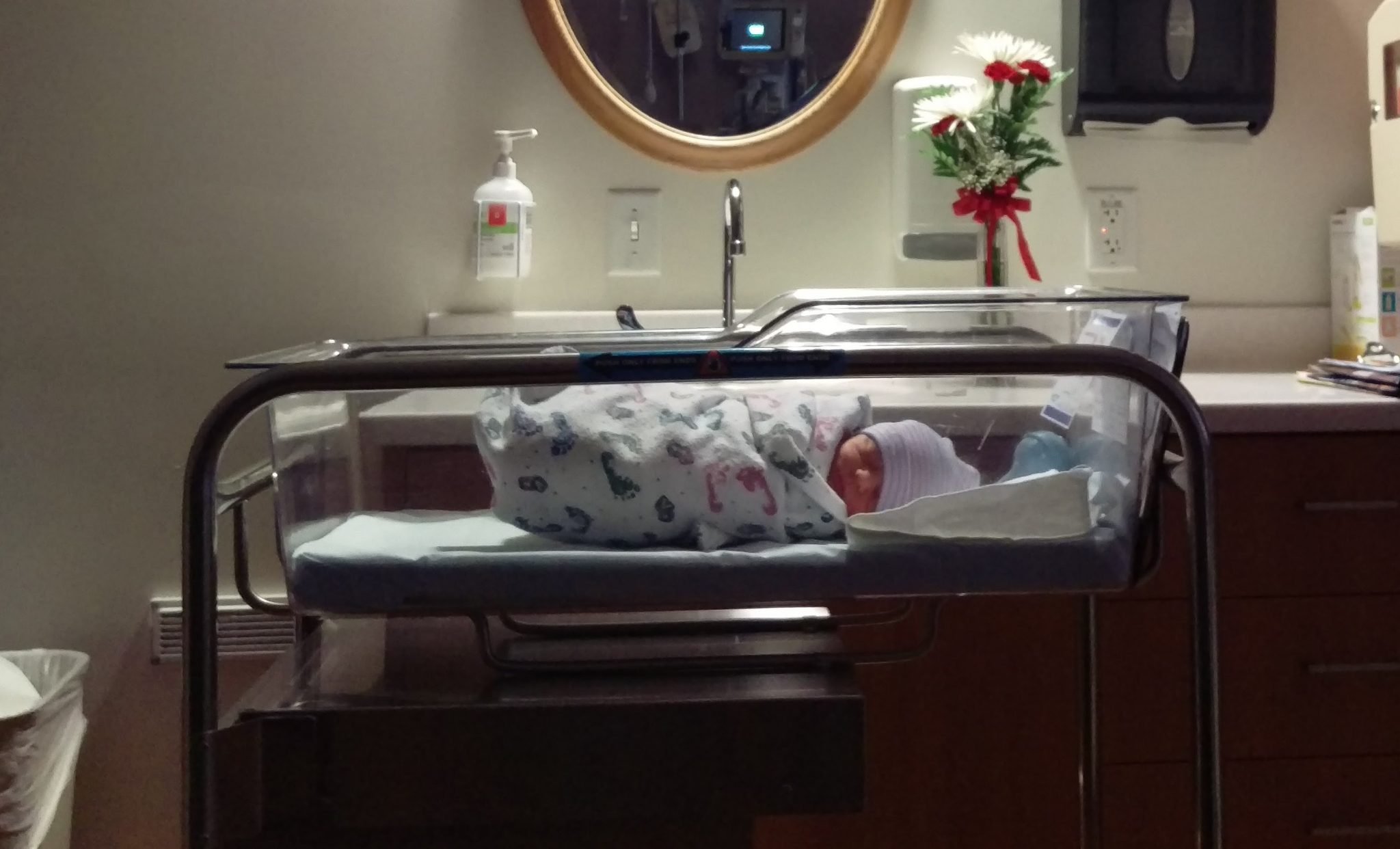 My second and last baby was due May 21, 2016, but this story is going to start a few weeks earlier. At my 36 week appointment, the doctor was a little concerned that I hadn’t grown from the week before. At my 37 week appointment, his concern was validated and it seemed that my baby had stopped growing. On May 5th I had an ultrasound at the hospital to check things out. The baby looked healthy, other than measuring small. I was told to get stress tests twice a week till my due date.

I went in later that week for my first stress test. It didn’t go super smoothly. In these tests, they need to be able to monitor the baby doing these practice breath things for 30 seconds but he would only do it for 20. The monitored me till the doctor called back. He said since every thing else was looking OK, I could go home and wait till my prenatal appointment. At my 38 week prenatal appointment, I was still measuring about 35 weeks. The doctor did not seemed urgently concerned, but he advised that we induce labor at the end of the week so the baby could start growing again outside my body.

*DISCLAIMER* This post contains affiliate links. You can read more about this on my Disclosure Page

Early Thursday morning I got a phone call. I recognized the number and knew it was the hospital. I assumed they needed information to prepare for the next day. I was surprised when the lady asked if I would like to come in early to have my baby that day instead of the next. I said yes and 59 minutes later we walked into the hospital. We got checked in, the IV was put in and I was hooked up to all the monitoring machines in no time. They started the Pitocin drip and broke my water right away. The baby didn’t respond well to the pitocin. His little heart rate just dropped so they stopped it.

The nurses seemed very concerned so I was getting scared I would end up with a C section or something would happen to my baby. They started the Pitocin again, at the lowest level this time. My contractions picked up and the baby’s heart rate was good. In the late afternoon I was still only at a 4 and not progressing so they upped the Pitocin. I started progressing slowly but the contractions weren’t strong enough. They gave me an oxygen max to try to help balance as they turned up the Pitocin. The baby’s heart rate was getting a little low but it wasn’t dangerously low so we kept going. My intuition was telling me that this baby needed to come out soon.

I’ve never been more scared. The mix of emotions was so intense. I was excited to meet my baby, but also scared for his life and not sure how he was going to come out. To add to the hormonal state that I was in, I was also so emotional over being away from my older son.

They found a Pitocin level that, with the oxygen, my baby’s little heart could tolerate. I went from a 4 to a 6+ in an about an hour. Within the next two hours I was at a 10. I started pushing with my husband by my side and I noticed they were getting the vacuum ready. This was enough motivation for me to get the baby out in just three pushes. I knew I could do it and did not want any interventions. I announced to the room that my baby is a boy (we didn’t find out the gender before birth). I was so incredibly happy but this scary experience wasn’t over.

After My Baby Was Born

This little baby wasn’t as eager to nurse as his big brother. His sugar levels were inconsistent. He wouldn’t latch so I was feeding him by hand expressing into his mouth. His levels dropped from 45 to 34 between two tests. They gave him a glucose solution on a pacifier and told me to attempt to nurse him immediately.

I suspected that he wasn’t interested in nursing because he wanted instant satisfaction from it. His tiny body didn’t have the energy to nurse properly to bring on a letdown. My sister brought me her milk to share with my baby through SNS (read about my experiences with milk sharing here!). He started nursing better right away. His sugars picked up and he was cleared to go home on May 14th. 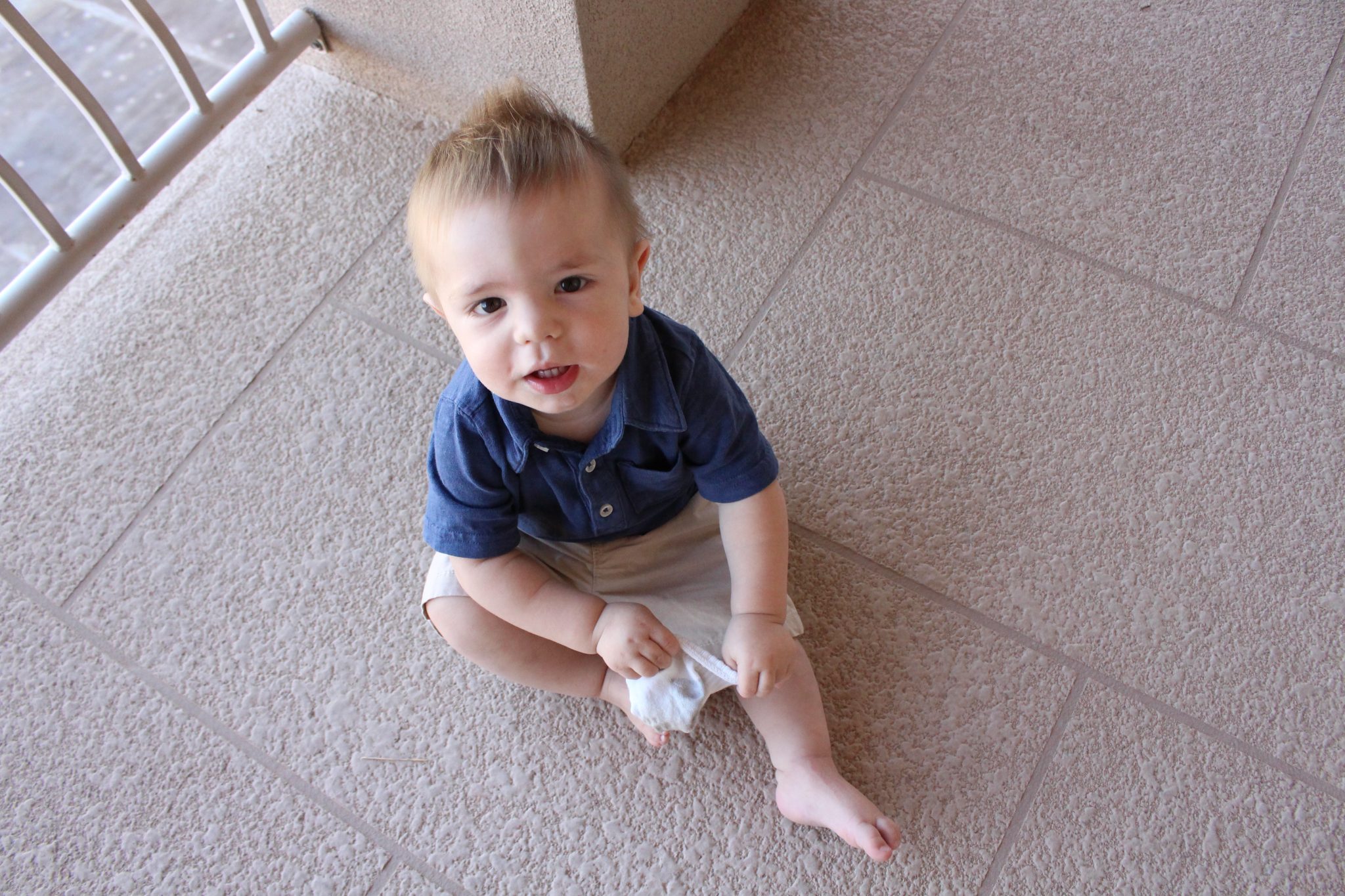 The End of My Breastfeeding Journey 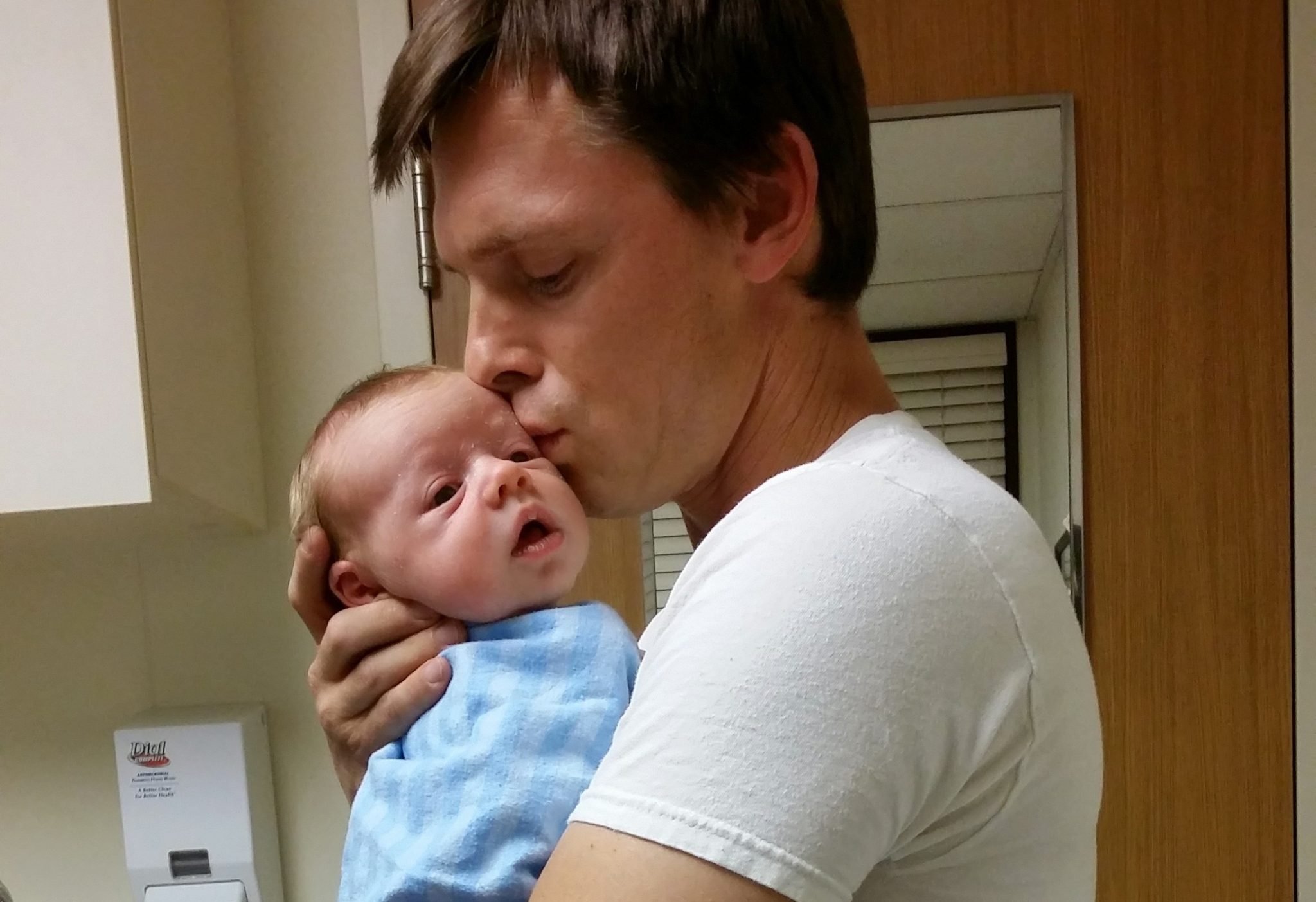 Dear Husband of a Breastfeeding Mother 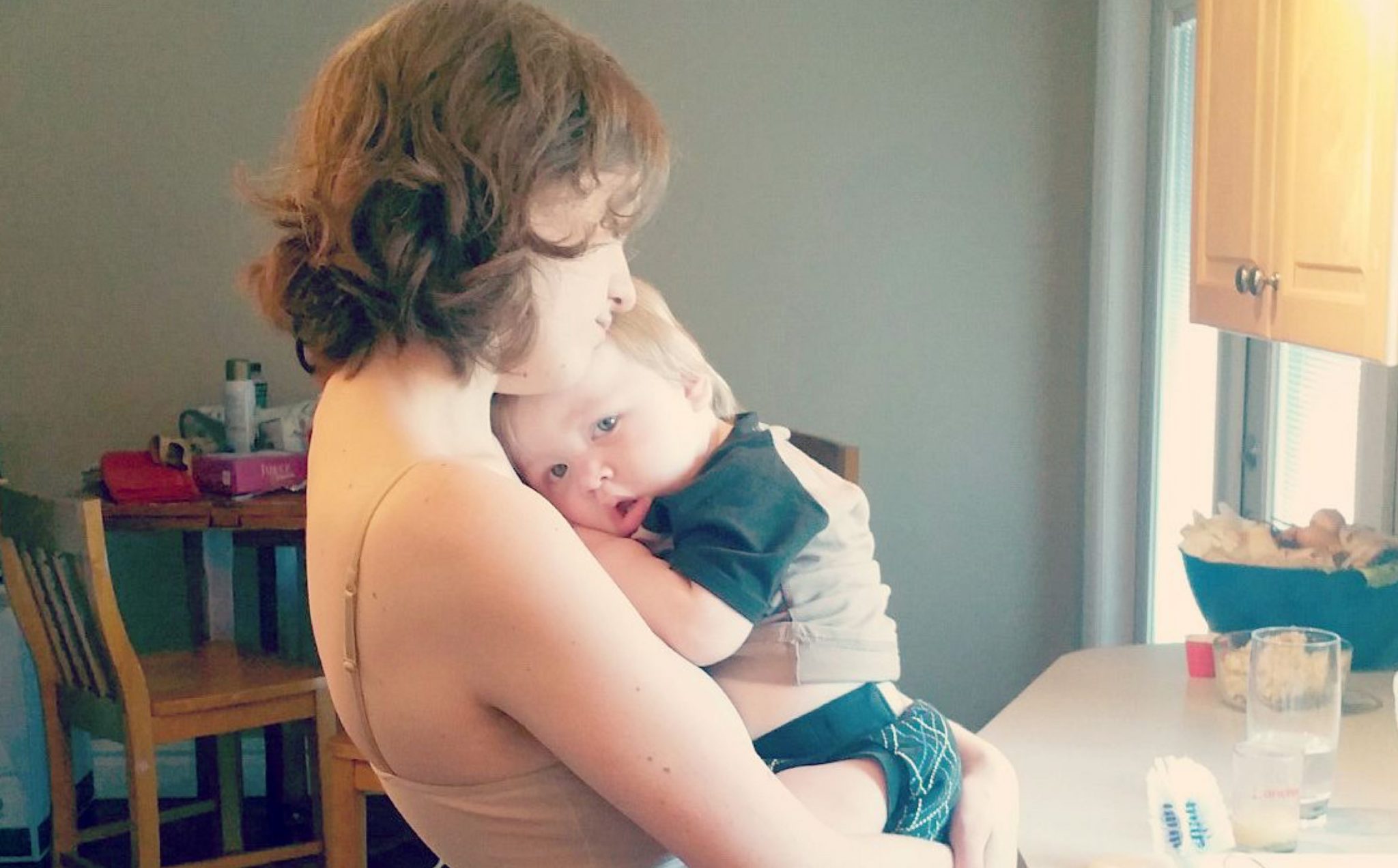 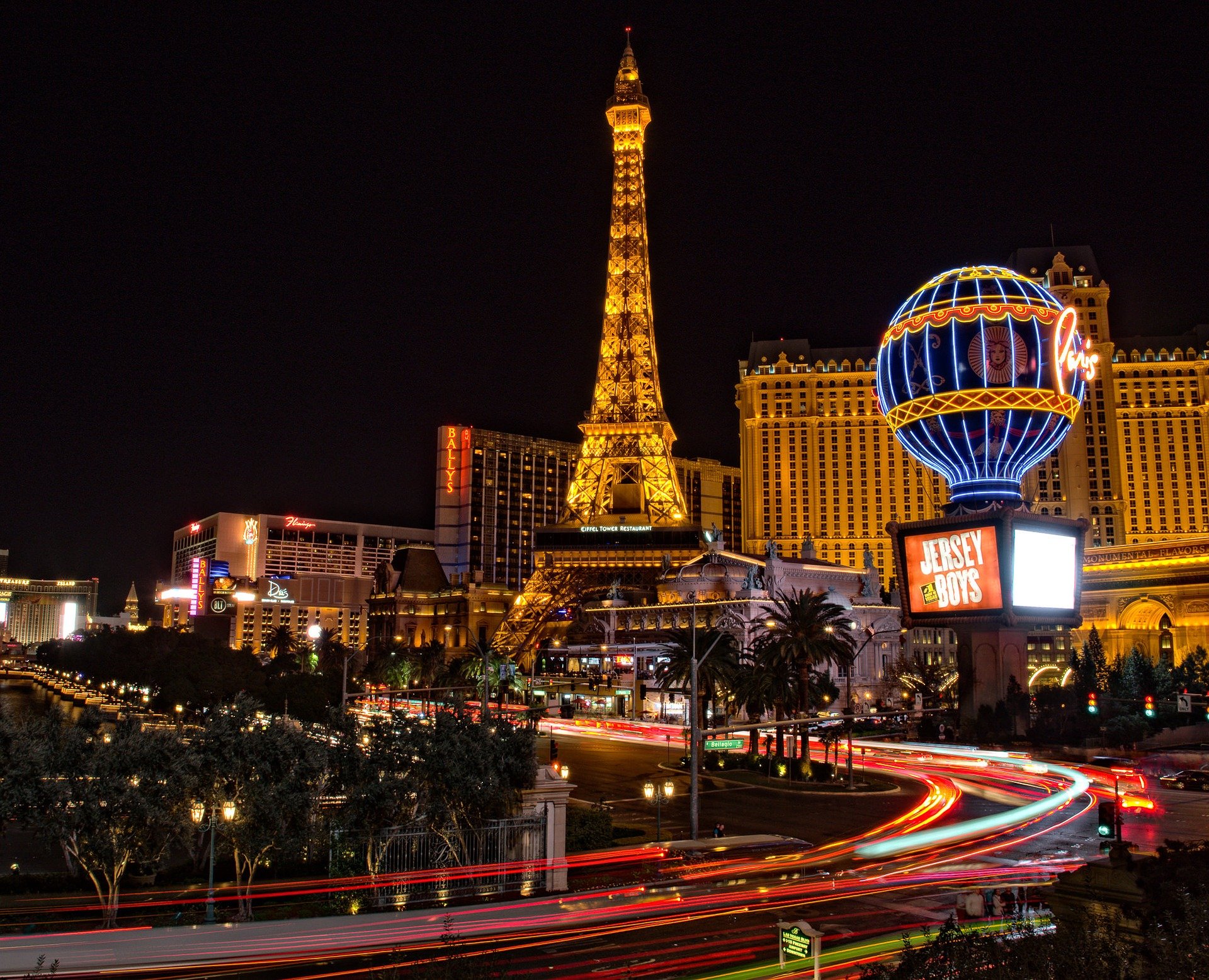